My thanks to the Grand Master for this response to my invitation last week for anyone to send me their memories of the Sydney 2000 Olympics.
I do recall how easy it was to get a tad inebriated at the Games. This was a year before 9/11 and a litre bottle of water could very easily contain a litre of ready-made-up Gin & Tonic, and frequently did.. 🙂

As requested a tale from the Sydney 2000 Olympics.

Frankly and I were fortunate enough to score tickets to a few Olympic events even though we were domiciled in the USA when allocations occurred, but as the old saying goes, “beggars can’t be choosers”. We were well and truly hooked after our first outing to Sydney Olympic Park to view a baseball match where Cuba beat the USA. Our next event was the athletics the following morning, or, so we thought, arriving for a 9:00 am start we entered the stadium only to find someone else in our seats! A quick check of our stubs revealed that we had tickets to the afternoon / evening session, NOT the morning! This was in turn sensational news as Cathy Freeman was running the 400m semi final that evening, an event we’d pined for.

Well that was only the start, as Frankly and I had to retrieve the ticket stub that was handed in at the gate in order to be able to get into the afternoon session, and the ticket collector who had mistakenly let us in wouldn’t hear of it that she could have possibly made a mistake so we had to go through six or seven other pouches before she finally relented and allowed us to check her bag, and, needless to say we were quickly united with our missing ticket stubs.

As the clock had now past 9:00am the events of the day were well underway and scalpers were becoming desperate to offload their tickets, in fact so desperate that at one stage I was holding 3 pairs of tickets from 3 different scalpers! Negotiations complete Frankly and I had tickets to the athletics for the morning session purchased at face value.

We had lucked out with a section of the stadium to ourselves, or so it seemed until the women’s marathon runners entered the stadium at which time about 10 bus loads of Japanese tourists descended upon us with the Japanese runner Naoko Takahashi Naoko_Takahashi eventually winning. Entering the stadium first the Japanese were all on their feet chanting ‘Nipon Nipon Ya Ya Ya’ as she past and not realising their seats had lifted, all fell to the ground amid barrels of laughter only to repeat the same on the following lap!

Having witnessed their countryman’s win the crowd disappeared as quickly as they’d arrived, we assumed on to the blue mountains for a day of sightseeing, in fact leaving before the runner from Laos even entered the stadium, she unfortunately didn’t know that she was required to complete two laps and fell to the ground exhausted after only one lap and had to be coached by officials to complete the second lap as the hurdles for the following event were being set up!

As I said we’d lucked out with a large area to ourselves, and this area was directly in front of a bar which Frankly and I put to excellent use for the entire morning session. As we’d originally thought we’d be in the morning session we’d arranged to meet Bristle and some other friends for a drink between sessions (which seemed like a good idea at the time)!

Fast forward toward the end of the afternoon / evening session Frankly and I were both well and truly inebriated and with Cathy’s run fast approaching I decided to take a quick break for a cigarette and whilst doing so the heavens opened up and the crowd from outside quickly congregated undercover blocking Frankly’s view of Cathy’s run, and, this of course was my fault!

Cathy Freeman won the semi final and Frankly stormed off down the stairs with me chasing apologetically after her when all of a sudden the stairs came to a standstill, eventually I reached the cause of the holdup, it was Frankly lying in the arms of a stranger nursing what turned out to be a broken and dislocated ankle! As fortune would have it the person supporting her ankle was a doctor who kindly stayed with us until the ambulance arrived.

This being a highly organised event all patrons requiring hospitalisation were taken to Westmead Hospital. Arriving at the hospital we were given an earful by staff for being so drunk that they refused to attend to Frankly’s injury until she’d sobered up.

Long story short I eventually called a cab arriving back in Paddington by 2am and Frankly’s ankle was relocated and splinted after which she was eventually admitted which is the start of a whole new chapter in our year 2000 Olympics story..!“

An excellent tale. Slightly reminds me of my ex-Brother-in-law, who broke his ankle about 10 minutes into the year 2000, on Millennium Night on Las Ramblas, in Barcelona, in the company of my 6 months pregnant sister. He twisted it on a discarded beer bottle as the crowd was proceeding down the famed walkway in their hundreds of thousands. The description of the A&E room at Barcelona at 1.30am that night sounds like Bedlam itself. Fortunately for Frankly and Fetchit their Westmead experience wasn’t quite as bad, but what a great story that was leading up to their visit there by ambulance!
Anyone else got any Sydney 2000 memories to share? 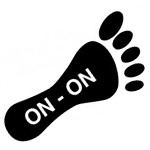